It’s essential to keep your building safe and secure, which is why CG Environmental specializes in biohazard and infectious disease contamination in Texas and Colorado. We’re experts on Ebola containment. Our team was responsible for taking care of Ebola ground zero in Texas back in 2014. We invite you to learn more about the services we provided for this serious outbreak and what we can do for your commercial property.

You might remember the story of an Ebola victim who stayed in an apartment in Dallas, TX back in 2014. CG Environmental – The Cleaning Guys were tasked with the serious job of disinfecting their home. Our hazardous materials experts carefully planned out every step to be as cautious as possible. Thomas Duncan was the first person diagnosed with Ebola in the United States. Our team wore Level B protective equipment and fully encapsulated suits with full-face respirators to disinfect this 1,000 square foot apartment. Our Ebola containment company was in contact with the U.S. Centers for Disease Control and Prevention as well as the Department of Homeland Security and Dallas County health officials. At the time, Ebola was an unknown, but our experience and expertise made us the chosen team to handle the job.

Taking the job was not an easy decision, but it’s one we knew had to be done. We were honored to be selected to provide our biohazard containment services for patient zero in the Ebola outbreak in the United States. With more recent developments such as COVID-19, it’s interesting to revisit the Ebola outbreak of 2014 to see how we can learn from it and improve our professional containment services. Duncan was a Liberian who flew to Dallas, TX with plans to marry the mother of his son. He previously carried a young Ebola victim to a hospital but did not mention this incident on his departure forms. He stayed at the Ivy Apartments in the Vickery Meadow neighborhood. Duncan began feeling unwell five days after arrival and visited the emergency room at Texas Health Presbyterian Hospital with symptoms including a headache and nausea as well as a fever of 103°. He was sent home by the doctors before it was discovered that he was infected with Ebola.

All About The Ebola Virus

It’s important to learn more about Ebola symptoms, treatment, and more. The Ebola virus causes organ failure, severe bleeding, and can lead to death. It’s spread through contact with bodily fluids, including blood. Ebola is extremely rare with fewer than 1,000 cases a year in the U.S. It also spreads through animals or insects such as mosquitoes. Ebola requires a medical diagnosis and needs emergency, supportive hospital care. Initially, Ebola victims can experience symptoms which include fever, muscle pain, headache, and chills. Later on, Ebola can cause internal bleeding, which results in vomiting or coughing up blood. The first Ebola vaccine in the United States was approved in December 2019. There are two antiviral drugs used to treat patients with Ebola. The average Ebola fatality rate is around 50%, which is one reason why it’s so essential to have any site with Ebola patients thoroughly cleaned and contained by a professional biohazard service company like CG Environmental. 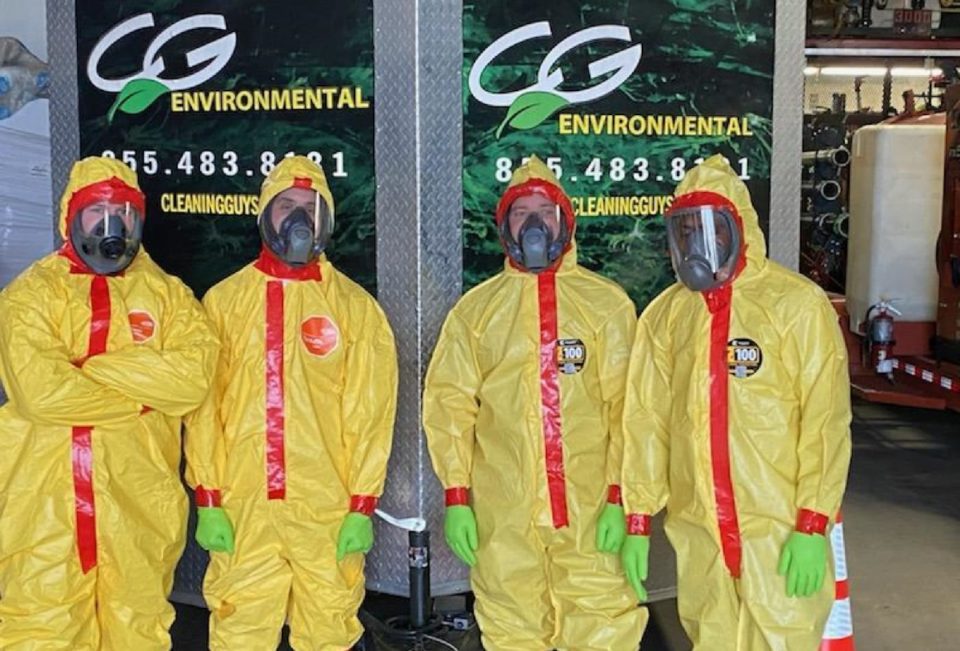 If you suspect Ebola or any other infectious disease is or has been present at your job site, contact the experienced professionals at CG Environmental. Remember we’re the team who took care of Ebola ground zero in 2014, so there’s no better team to handle the job. Our biohazard cleanup services are available for cleanups for Coronavirus, homeless camp cleanups, crime scenes, unexpected deaths, accidents or injuries, and more. Contact us today to learn more about what we can do for you or to get a free quote.

Get Your Free Estimate Today!

Call Now
Back to the top